How Lint Alert Can Help Prevent A Dryer fire

Lint Alert is a dryer vent clog detection system that alarms you when your dryer vent is clogged. When a dryer vent becomes clogged, it is a real fire hazard. Lint Alert alarms you long before it gets to a dangerous point so you can clean your vent at the appropriate time. This gives you the peace of mind that your family is safe each and every time you run your dryer. 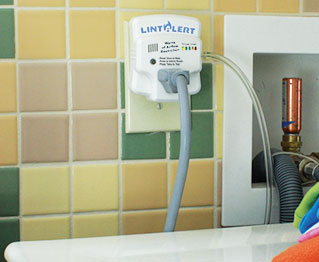 This is a great product that can help protect your home from a dryer fire by alerting you when you have a clogged dryer vent. When the dryer vent gets clogged, you have a major fire hazard and it can take up to three times as long to dry clothes. So when you operate your dryer with a clogged vent you run the risk or setting your house on fire and you can be using up to three times as much energy as normal, which will lead to a higher electric bill. With this product you will have the peace of mind that your dryer is safe and efficient each time you use it. Click Here To Order Lint Alert

Why Do You Need Lint Alert?

It is estimated that clogged dryer vents cause over 15,000 fires in the U.S annually. Lint Alert monitors your dryer vent for you to help make sure your house doesn’t fall victim to a dryer fire due to a clogged vent. 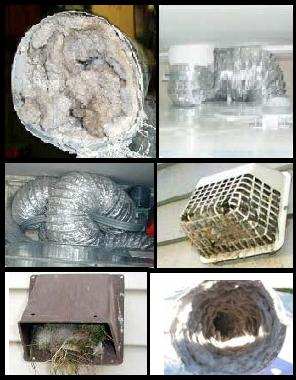 You may be thinking “well I clean my vent every year so why would I need Lint alert?” Theoretically if you clean your vent every year you shouldn’t have a problem but in the real world things don’t always work as expected. Let say you cleaned out your vent two months ago and you think you are ok but last week a bird decided to build a nest right in your dryer vent. Now you have a clogged dryer vent causing a potential fire hazard and high energy cost. If you had Lint Alert you would know as soon as this unexpected clog occurred and you can clean it out so that you can safely use your dryer again.

Under normal operation (no birds nest or kinks), lint will slowly build up in a dyer vent that eventually clogs your vent. Typically, it will take 15-30 months for it to build to unsafe levels. What Lint Alert does is it tells you how well your vent is operating each and every time you dry clothes.

The LintAlert uses a pressure sensor to monitor the pressure levels in the dryers' exhaust conduit. The way it works is it monitors backpressure of the dryer vent through a pressure tube that you install in the vent near the dryer. As the vent gets restricted, the backpressure

builds and as the pressure builds it alerts you to how restricted your vent is by illuminating LEDs. I will explain more on the LEDS later.

The amount of backpressure in dryer vents can vary greatly depending on the length of the vent, how many elbows are in the vent and the model of the dryer. Therefore, you must first calibrate it with a clean “like new” dryer vent. This will give it a baseline pressure reading in the best-case scenario for your dryer in your home. If you remember science class or have ever watched MythBusters you will know this is known as a control test. Remember this should be best-case scenario so the vent should be clean (like new), no kinks, no clothes in the dryer and the lint filter should be clean. There will be good instructions on how this calibration is done with it.

The only real drawbacks that I have found are as followed…

If you don’t have a plug that is above the washer or easily accessible, you may have a problem mounting it so that it can be easily read each time you dry clothes. This isn’t a big issue because it does have an audible alarm if the dryer vent gets to a dangerous level.

It cannot be used on dryers with dual motor technology. Again this is not a big issue simply because these types of dryers are rare, only a few high-end dryers have this.

It cannot be used when two dryers use the same vent which is common in apartments.

In the end the positives outweigh the negatives and this is a must have in every home to help you keep your home safe from a dryer fire.

To learn more about this product visit LintAlert.com